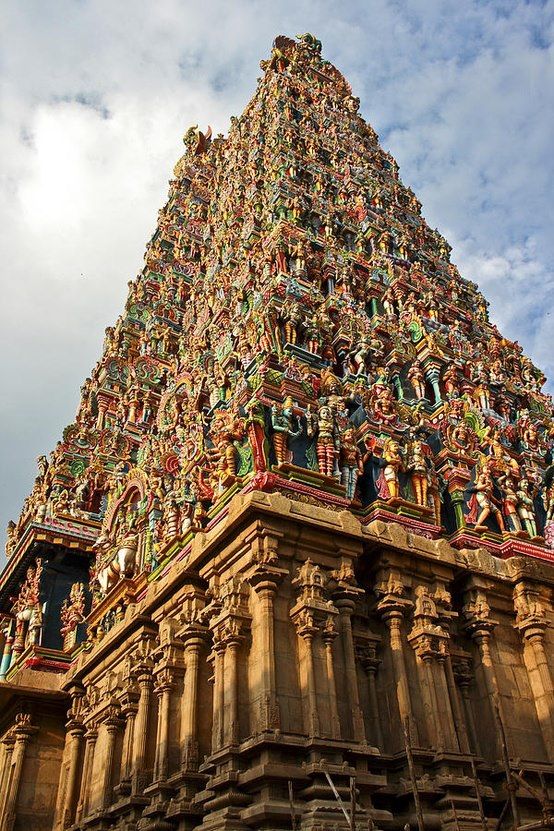 Rock cut and structural temples are significant part of pandyan architecture. The Vimana and mandapa are some of the features of the early Pandyan temples. Groups of small temples are seen at Tiruchirapalli distric of Tamil Nadu. The Shiva temples have a Nandi bull sculpture in front of the maha mandapa. In the later stages of Pandyas rule, finely sculptured idols, gopurams on the vimanas were developed. Gopurams are the rectangular entrance and portals of the temples. Meenakshi Amman Temple in Madurai and Nellaiapar temple in Tirunelveli were built during the reign of the Pandyas.